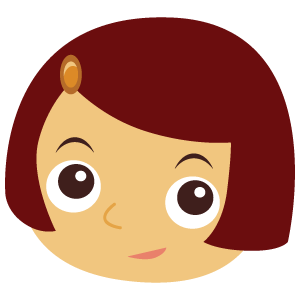 One Of These Things Is Not Like The Others: The True History Of 3 Italian Breads

When you go to a better Italian restaurant in your neighborhood, you expect to be served authentic Italian bread. You also might imagine that the chewy, delectable Italian bread that accompanies your meal has been handed down from fornaio to fornaio (baker to baker) for many generations. In most cases, you'd be correct. But there's one impostor loaf that isn't really old at all.

Since ancient Roman times, panis focacias has been a staple in the area we now call Italy. When you bite into a hunk of fresh, savory focaccia bread, as we call it in the States, you're tasting thousands of years of history.

In America, we tend to like our focaccia bread to have a nice olive oil tang and to be covered in cheese or thin tomato slices, sort of like a really bare pizza. Italians, too, have many regional versions of savory focaccia, but in north-western Italy, a sweeter version called focaccia dolce is a specialty.

It's made with a basic focaccia dough, but the toppings are sweet rather than savory. Honey or sugar may be sprinkled over the top; for special occasions focaccia dolce may be embellished with raisins, nuts, and candied fruit.

Bread is a big deal to Italians around the holidays. One of the more traditional holiday loaves is called panettone. Like brioche, it has a soft and buttery texture, but it's loaded with raisins and candied fruits. You know it's Christmas time in Italy when the panettoni are everywhere.

When it comes to panettone's origins, historians aren't sure which legend to believe. They do know that it has been made since the Middle Ages, often with filling variations like apples and grapes. Old school panettone is made with a mother yeast that ferments for weeks or even months.

Pannetone was shaped like American round artisan loaves at one time. Today it resembles a souffle and is wrapped in a paper baking cup. You slice it like cake, and many Americans love it cooked as french toast.

Ciabatta: the bread named after a shoe.

You've probably figured out that ciabatta is the upstart bread of the group. It's no more antique than diet soda. Yet ciabatta's  taken Europe and the States by storm, and is even served in fast food restaurants. That's because it has the perfect shape, taste, and texture for making sandwiches.

The truth is that ciabatta was invented in 1982 by an Italian baker named Arnaldo Cavallari. He was on a quest to produce a snack bread to counter France's monopoly of the market. He named it Ciabatta Polesano. He thought the bread resembled a slipper called a ciabatta, and he wanted to honor the Polesano area where he was a miller.

Some people claim the bread is a traditional bread, but Cavallari only scoffs at them. It does have many qualities of traditional breads, but this loaf is only a baby in the Italian bread familia.